In the beginning of its settlement, around the late 1800's, this town's first attraction was the lumber industry, though it started with a few ranchers and a couple berry farmers. A large lumber mill was built that over looked the Puyallup River Valley. First referred to as "Mill Town", the US Postal Service rejected the two-word 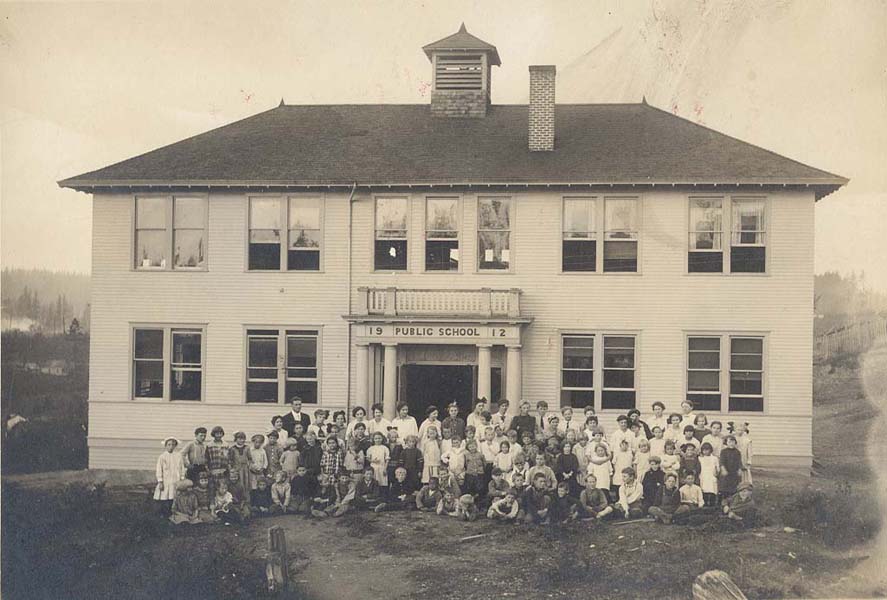 name and decided it would be called "Milton". The very small town was made up of homesteaders, mill workers, and tree fellers who supplied the mill with lumber. When the Interurban Railway cut through the town in the early 1900's, the town started to grow tremendously. This led to the town's official incorporation in 1907 when the community voted 46-18 in its favor. And, in 1938, the mayor, Kenneth Simmons, entered a donkey, whom he named "Boston Curtis", into the state primary election as a committeeman for the city, and the donkey was elected in! He ran uncontested, as there was no other entry for the position, but still had 51 voted in his favor. When asked why the mayor would do this, he said he was trying to demonstrate how inefficient the primary system functioned and now was proving that voters "know not whom they support". This charade is now known as "The Milton Mule" by Ripley's Believe-It-Or-Not.  Today, the city sits right under 3 square miles and is home to around 8 thousand residents. (None of which are donkey-city officials.)

nimals vary depending on what the area has to provide. Milton has lots of vegetation, and a lake, that provides food, water, and shelter to predator and prey animals alike. Raccoons, opossums and rodents are commonly seen here. Birds such as woodpeckers and starlings are also a common sighting. Most birds are fun to watch and observe at bird feeders or in trees; however they become much less fun when they move into your home. Northern Flickers, a species of woodpecker seen here in western Washington, are very territorial and can cause quite a bit of noise and damage. They often imprint on a structure, so when they decide to claim their territory, it can be hard to get them to leave. They are also protected by law so deterrents are often the only way to keep them away from your home. Starlings however, are not protected, so removing them from your home or other building can most times be a much easier process. 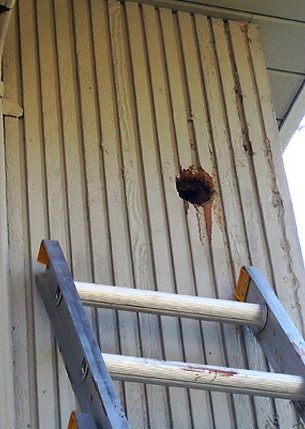 All animals we deal with can cause problems if not taken care of quickly and properly. Woodpeckers not only cause a great deal of noise by "drilling" into the side of your home, they can also cause a great deal of damage as well. Their beaks are very hard and they use them to peck holes into the siding and make a nest inside. These guys can be very persistent and scaring them away doesn't always work well enough to keep them away for good. Here at Critter Control of Seattle we offer a wide variety of services including woodpecker damage repair and deterrents as well as trapping/removal for many other animals that may decide to move in with you. The fact of the matter is, everyone deals with wildlife. You are not alone. 206.431.6833