Home of the Washington State Fair, the city of Puyallup can become quite bustling at certain time 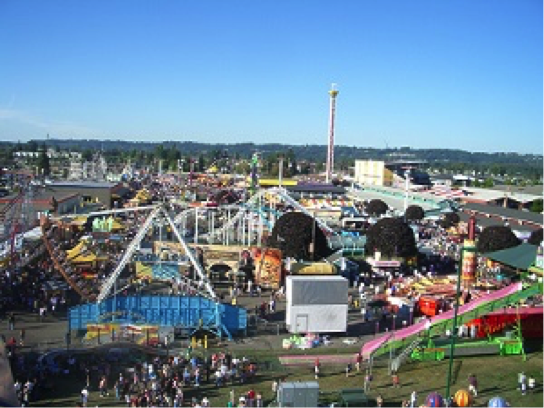 s of the year. For the most part, Puyallup keeps to its small town appeal with the growing expansion of businesses. The community was named after the river valley, which in turn was named after the local Puyallup Indians tribes. "Puyallup" means "the generous people." While development is continuing to grow, it is displacing the existing wildlife into residential locations.

Puyallup still has many critters that interact in the urban environment and come into contact with its residents. Some of the animals we have dealt with in Puyallup have been from the smaller critters such as bats, moles, rats and squirrels to the larger animals such as raccoons, otters, and beavers. Please refer to the professionals at Critter Control of Seattle for advice or help. We handle the trapping, assessments, reinforcements and clean ups if need be for many wildlife issues. You could say we are the one-stop shop in pest control.

Majority of critter issues we deal with in Puyallup are moles and skunks. With new developments popping up, these kinds of animals are often displaced and become a nuisance.  Having well-manicured lawns can pose a problem for homeowne 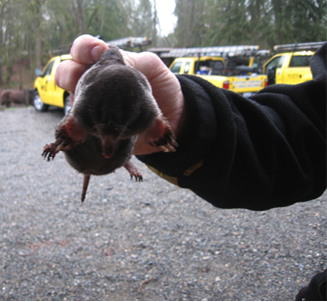 rs. Lawns that tend to be healthy have a high population of earthworms, insect larvae and grubs which are the main food sources for moles.  Earthworms and grubs actually help aerate the lawn which helps make a lawn beautiful. It is often a double-edged sword to have a nice lawn which attracts moles and only to have one come and destroy it.  The two most common moles in the Pacific NW are the Townsend mole and the Pacific Mole.  Skunks are not a prominent animal that we come across because they do not have as large a population as raccoons or opossums. They are found in small pockets in the Puget Sound area and Puyallup happens to be one of them, hence, the name “Pewallup”.  The fact of the matter is, everyone deals with wildlife. You are not alone. 206.431.6833