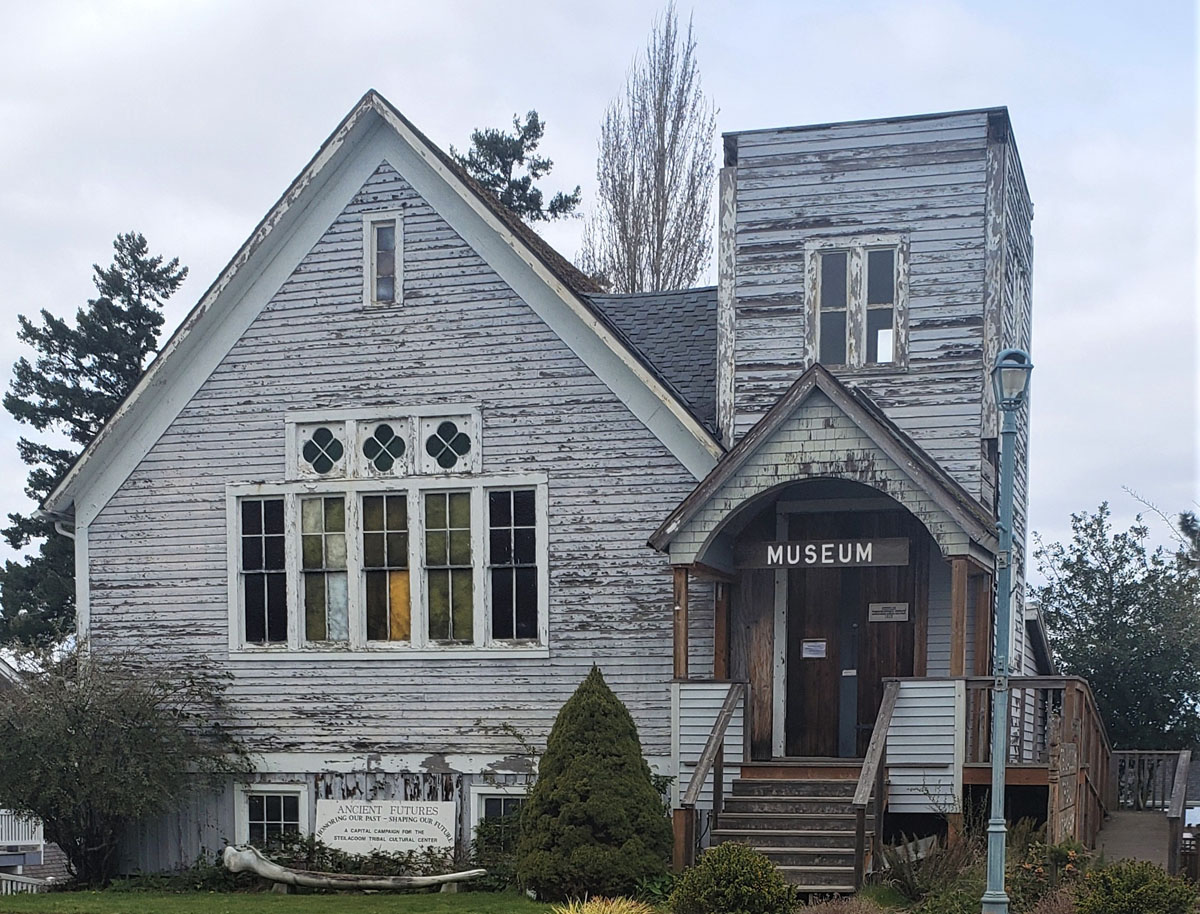 The Town of Steilacoom, original home of the Steilacoom Tribe,  (The origin of the name "Steilacoom" is unknown.) has a very interesting past.  It was founded by a sea captain, Lafayette Balch, and was incorporated in 1854, the oldest incorporated town in Washington.  In its early years, the town revolved around the timber industry where Puget Sound waterways were easily accessible.  A great majority of the timber was shipped to San Francisco which was a boomtown in desperate need of building materials.  The townspeople had great aspirations for their town to become the next "San Francisco", however, when the railway station was established in Tacoma versus Steilacoom, this dream died.  The town of Steilacoom has a lot to be proud of  and was a first in many areas.

In addition to all the above "firsts", in 1975, the Steilacoom historic district was nominated for the National Register of Historic Places. Today, it has a population of approximately 6500 people and is a quaint, quiet place to raise a family.

Steilacoom has many critters that mingle and live in the urban environment and come into contact with its residents. Some of the animals we have dealt with in Steilacoom have been smaller critters such as bats, rodents, and squirrels to much larger animals such as raccoons and beavers. While a lot of wildlife is fun and interesting to observe, you don't want one of these critter as a roommate or uninvited tenant. All kind of wildlife often times carry diseases, worms, and parasites. Having critters in your home is definitely not a good situation.

The damage caused by these animals can be minimal, but it can also result in thousands of dollars' worth of damage. Raccoons are famous for rolling back freshly laid sod and creating a path of destruction in their wake. They also leave behind droppings that are often riddled with parasites and diseases. Bats can establish colonies in one's attic by getting into gaps in construction the size of even a dime! Colonies may consist of mother bats with babies that HAVE to be left alone until the babies are old enough to fly for themselves, as they are federally protected. This can lead to build up of guano and urine and cause a lot of problems. We not only offer trapping and removal services, but also clean out, disinfecting, hazardous waste removal, full attic and crawlspace restorations, repairs, exclusion, and more!  The fact of the matter is, everyone deals with wildlife. You are not alone. 206.431.6833