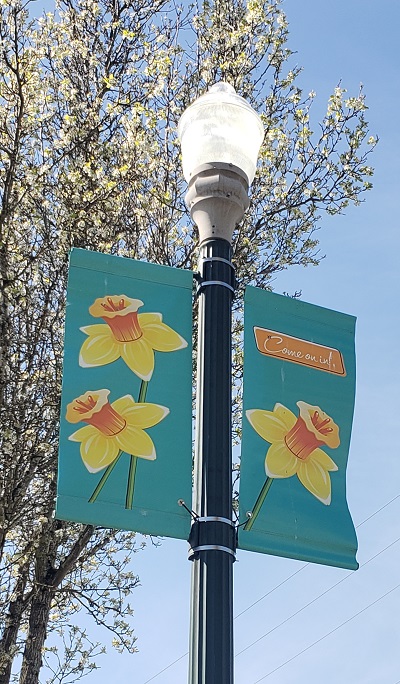 Sumner, considered by many to be the rhubarb pie capital of the world, is as a city rich in fertile farm fields and history.  It was settled in 1853 by pioneers traveling by wagon across the Cascades Mountains through Naches Pass. George Ryan, John Kincaid, and L.F. Thompson were some of 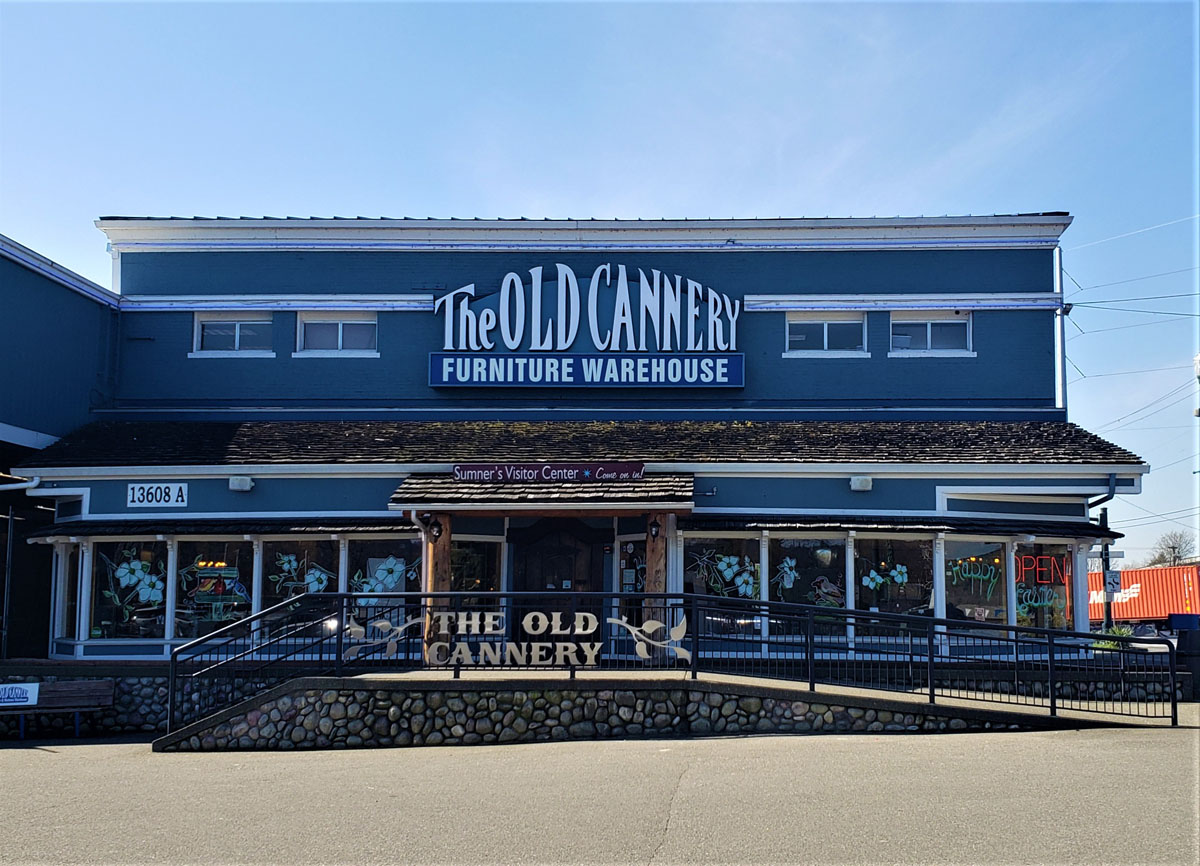 the first pioneers to settle in this area and began to prosper from the growth of  hops and later daffodils. This small town came to be known as "Stuck Junction", followed by "Franklin" and last of all "Sumner". Rumor has it that three townsmen–John F. Kincaid, L.F. Thompson, and George Ryan–could not agree on a name, so each placed a name on a slip of paper and put it into a hat. A boy was called into the store to pick one of the slips and it came out “Sumner.” It could have been named after Thomas Sumner, Puyallup's first mayor or U.S. Senator Charles Sumner, a famous anti-slavery politician. Sumner was incorporated in 1859 and its current population is approximately 10000. Well-known landmarks such as Old Cannery (currently a furniture store rather than a fruit canning building) and the Ryan House Museum are still evident today. 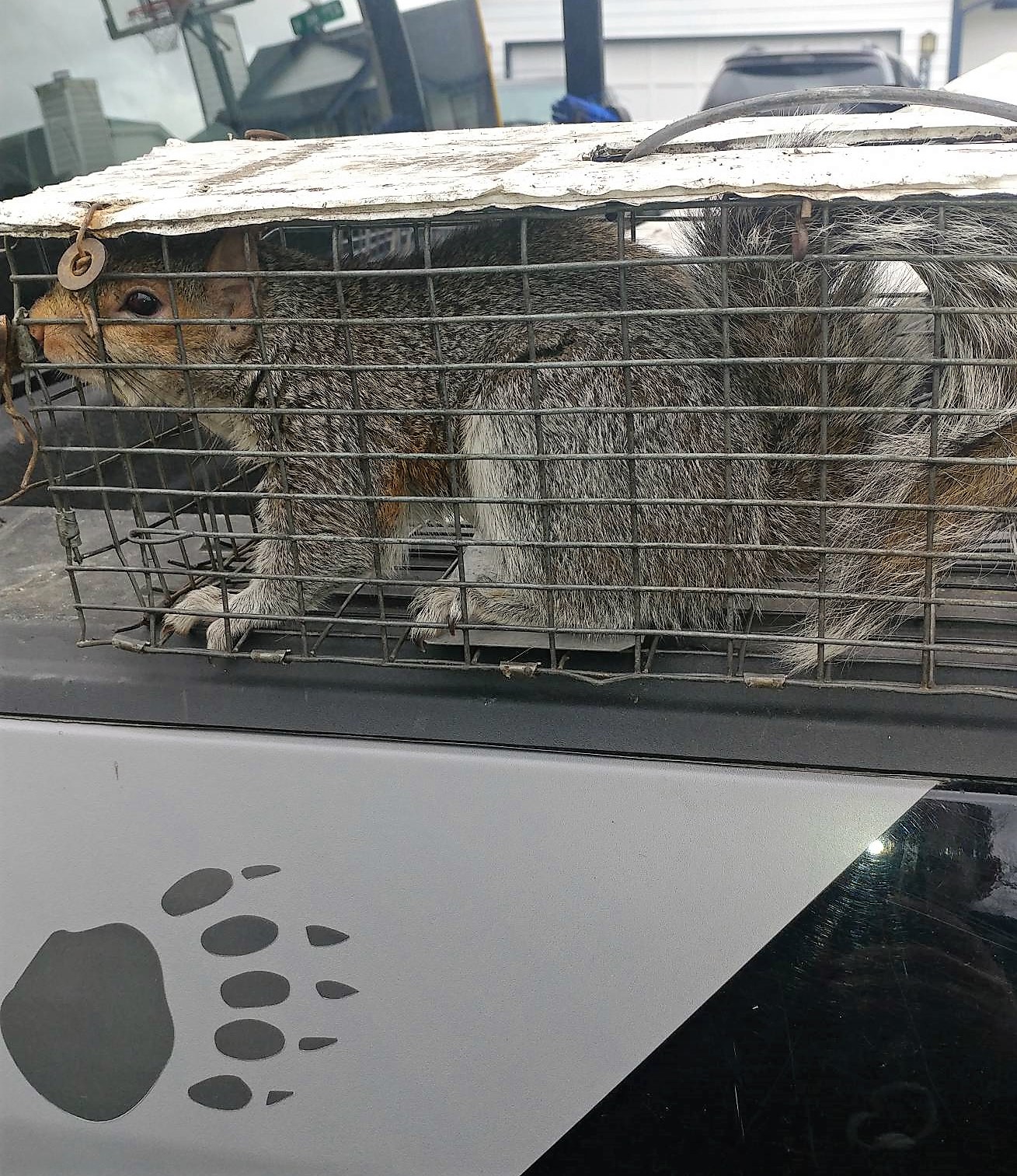 Everything from squirrels, opossums, mountain beavers, and raccoons to rats, and mice can be found in Sumner. Mountain beavers, a not-well-known burrowing mammal, can cause some serious damage when they burrow underneath structures, water or sewer lines. Raccoons, opossums, and rodents are night-time animals, or "nocturnal" animals. That means these guys are active at night and are not very commonly seen out during the day. Squirrels and mountain beavers are active during the day; mostly around dawn and dusk. Some of these animals can even co-exist, such as squirrels and rats since they have similar living conditions.

Every kind of animal we deal with can cause problems if not taken care of quickly and properly. Raccoons, for instance, prowl the outlying properties looking for food. They will raid fruit trees, rip up new sod in search for grubs, rummage through garbage cans, dumpsters, compost piles, and may even make their way into an attic or crawlspace to nest. Raccoons can also become very territorial and protective of their turf; sometimes becoming aggressive and attacking pets and humans. Not only will they be causing damage but they can also be a safety hazard for pets and your family. Here at Critter Control of  Seattle we offer a wide variety of services including trapping and removal of raccoons and many other animals that may decide to move in with you. The fact of the matter is, everyone deals with wildlife. You are not alone. 206.431.6833