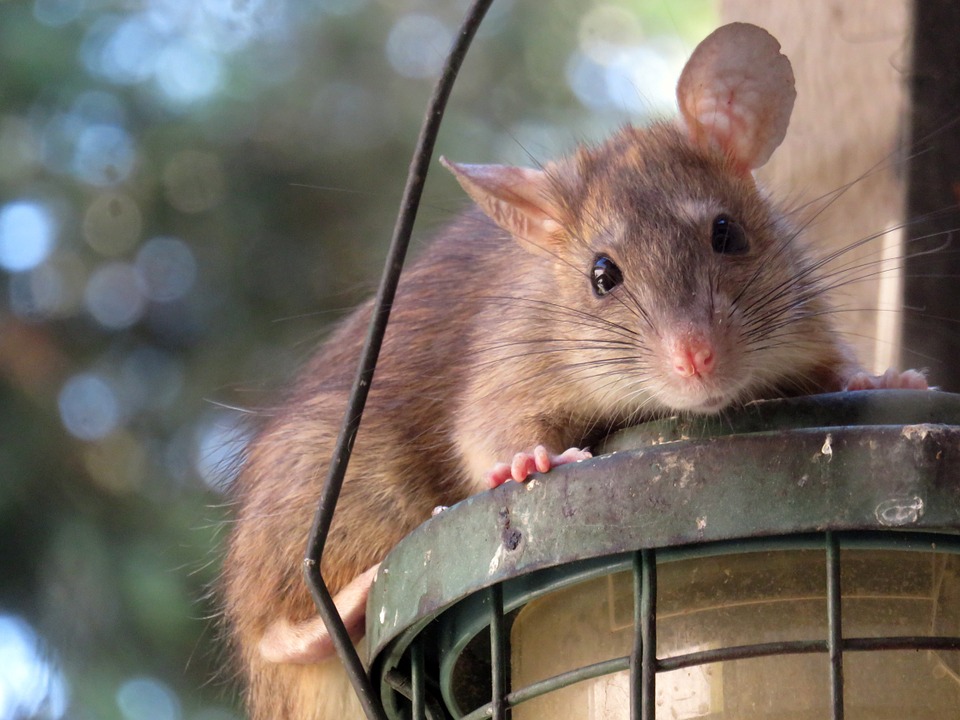 Do you suspect rats in the attic or in your walls? Rats are able to access entry points much smaller than their bodies. The scratching noises in the attic, gnawing and chewing sounds, and scurrying noises may be a Roof Rat, Norway Rat or Pack Rat. Our technicians are experts at rodent extermination and remediation. We have the experience to identify your rat control problem and create an effective plan of rat trapping and removal, damage repairs and rat-proofing. Call Critter Control of Seattle and schedule your appointment today! 206.536.2360

Critter Control of Seattle will implement effective methods to get rid of rats in the attic or rats in the walls quickly and safely. Are you interested in more information regarding our trapping services? Give us a call today!

Rats are capable of significant damage when nesting within your attic or walls. Damages to your home will include chewed electrical wires and soiled insulation. Rats will create a mess of droppings that contain dangerous diseases. These critters are also known to chew through containers in your cupboards, possibly contaminating your produce and food. Our team will identify rat damage and create a plan of repair and prevention. The implemented rat prevention services will keep rats out for good. Contact Critter Control of Seattle for long-term rat control services.

Do you need help identifying what type of rat is nesting in your home? Check out the information below and give us a call today!

Roof Rats In The Seattle Area

Roof rats are more slender in build with a tail that is as long as, or longer than, the rat’s body. They are dark brown or black in color with a lighter underbelly and large ears. As their name suggests, they are most often found in the areas under a roof. Attics, vaulted ceilings, and upper crawlspaces are preferred living and hiding places for these critters. They prefer to travel up high on fences and power lines when possible and are often confused with squirrels when being diagnosed. Click this link for more information on Roof Rats.

Norway Rats In The Seattle Area

Norway rats are light to dark brown in color with a slightly lighter underbelly. They are a stockier, heavier-bodied rat with smaller ears. Their tail is long, but not as long as that of a Roof rat. These rats prefer to inhabit lower crawlspaces and basements but can also inhabit higher spaces such as attics and vaulted ceilings. Click this link for more information on Norway Rats.

On rare occasions, we see Pack rats. These are very large rats with a habit of stealing things they like, such as shiny or interesting things that they put into a nest. They act much more territorial than Norway or Roof rats and have been known to “mark” their territory like a dog would. They also tend to have a higher tolerance to rodenticide and can be quite aggressive. They are gray in color and have large ears and a hairless tail. These rats do not often go into homes and usually will choose to build nests in crevices or natural areas.

Paying attention to the noises will help you figure out what’s going on. Are there overhanging trees or shrubs that may be rubbing on the home? Could it be pine cones or other materials? Could there be a shift or settling of the structure of the house? If it is an animal, is that animal truly inside or is it just on the roof or outside? If you are sure it is a critter and it is inside your home, what time of day you are hearing the noises is the first step in figuring out what kind of critters have become a problem.

Rats are nocturnal, meaning they are active and awake at night. They are often discovered by hearing scratching, gnawing, chewing, and scurrying noises inside walls, floors, crawlspaces, and above the ceiling. Because their front incisors are always growing, rats constantly have to chew on things, like wood, to keep their teeth trimmed. This habit can cause them to even chew on or through electrical wires. There are some types of squirrels that make similar chewing, gnawing, and scurrying sounds, but most squirrels are diurnal, meaning awake and activity in the day time (with the exception of Northern flying squirrels who are also nocturnal). Rats can also be in attics and/or crawlspaces, whereas squirrels tend to stay in attics.

Rats can access gaps that are much smaller than their body looks; they have been known to get in holes as small as a quarter! They are much less likely to chew their way in than a squirrel would be. They are more likely to act as creatures of opportunity. They will find a small gap in between two pieces of lumber, concrete, brick, wire, and more and make themselves at home.

FACT — Rats prefer to be within 150 feet of food, water, and shelter to find an area suitable to inhabit.

Critter Control of Seattle not only handles larger wildlife such as raccoons, but we also are experts at rodent extermination and remediation. We deal with two primary species of rat: the Norway rat and the Roof rat.