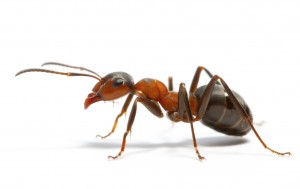 Thatching ants, Formica spp., are often referred to as “mound” ants because some species construct mounds out of small sticks, soil, leaves, and pine or fir needles.  This genus of ant can be found in both North America and Europe and are considered beneficial.  They are often confused with carpenter ants because they are found in wooded areas.

They are a polymorphic species with major and minor workers (large and small). Major workers often act as soldiers, protecting the colony from invasion from other insects. Minor workers are the main food and resource gatherers in the colony, although major workers can also perform this role if necessary. Most species are red and black, but some are uniformly brown or black. Swarming occurs in late summer to early fall.

Formica spp. live in forests, lawns, rockeries, and other locations of human habitation. They prey on other insects, but also eat honeydew from aphids. Similar to other species, thatching ants will herd and maintain aphid colonies on trees, shrubbery, and weeds. This practice can lead to aphid problems on ornamental or garden plants because the ants will guard them fiercely from the aphid’s natural predators; wasps and lady beetles.

Nests can either be above ground, below ground, or a combination of both. Mounds built above ground with tunnels and tubes descending into the soil beneath.  Some species will nest in decaying logs, with a portion of their nest below in the soil. 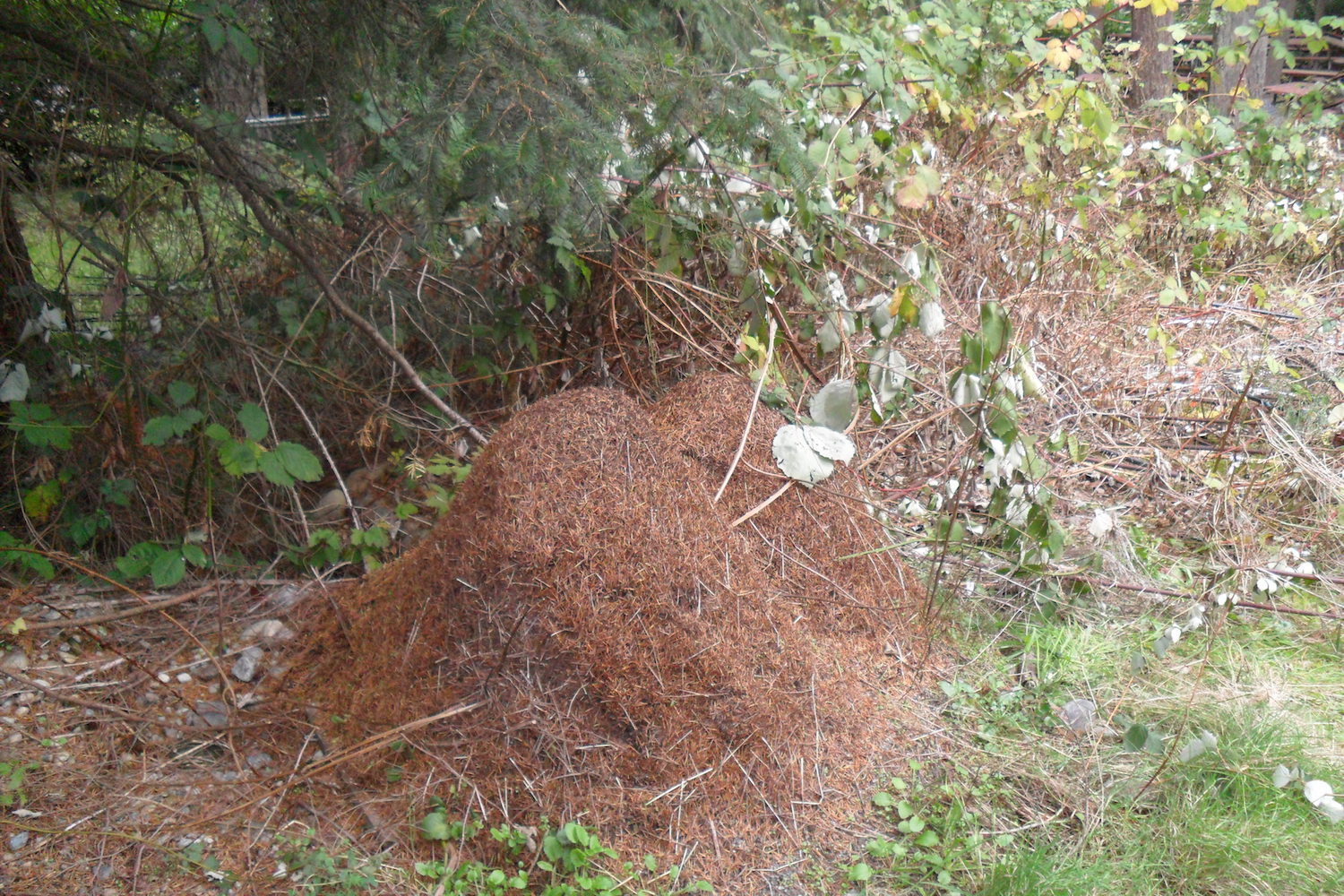 Most damage from thatching ants comes from being an annoyance. Unsightly mounds disturb the visual beauty of landscapes. They may bite humans while out in lawns our hiking in forested areas when they are disturbed.  Additionally, they can injure seedling and plants near their nests. They are also known to damage the buds of apple, pear, peach, and plum trees in the spring.

First be sure that the ants are indeed a threat.  If they are, then there are residual sprays, dusts, or granules that can be applied. Most pesticides are restricted use and can only be handled by a licensed pesticide operator.

The entire nest surface and subterranean portion should be saturated with pesticide otherwise the ants will move they entry ways and nest. Check the nest area a week later for activity. If it persists, spray again.

Never pour bleach, gasoline, kerosene, or any other toxic or flammable liquid onto a nest. These are dangerous and in violation of state and/or federal environmental laws and regulations.