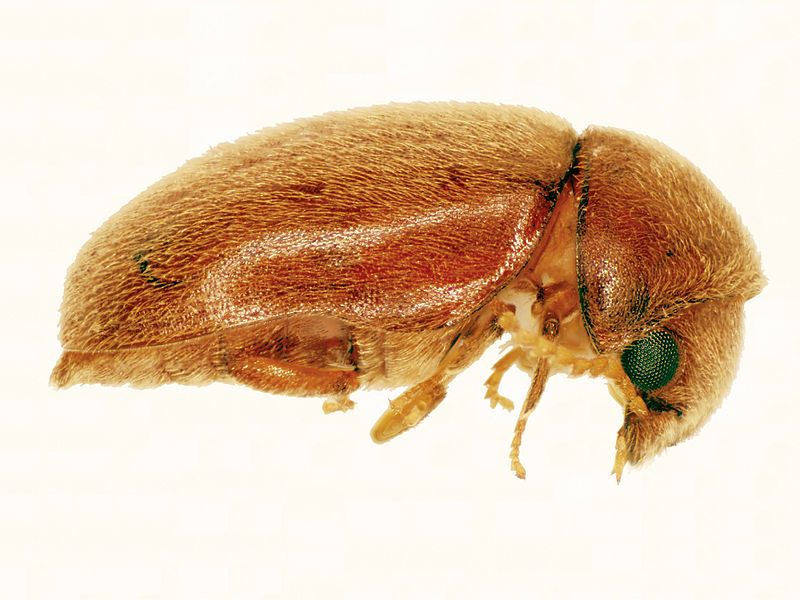 The Cigarette beetle, Lasioderma serricorne, and the cigar beetle, or tobacco beetle, is very similar in appearance to the drugstore beetle and both species belong to the family Anobiidae. The cigarette beetle, Lasioderma serricorne, strongly resembles the drugstore beetle in appearance and lifestyle; however, its forewings are smooth rather than grooved.

Life cycles is like that of all beetles – an egg, larva, pupa, and adult stage. The female beetle lays around 100 eggs loosely on the commodity. The hatching larvae are the "grow bag" stage of the insect are active and will move around on and bore into the product, feeding as they go. The complete life cycle takes 26 days.

Besides the nuisance factor of having beetles in the house, this species is considered a stored food product pest.

Cigarette beetles are often found infesting herbs and spices in the home, especially those that have been left on the back of a shelf in storage for long periods of time. Also, such items as dried flower arrangements or seed pictures may harbor an infestation.