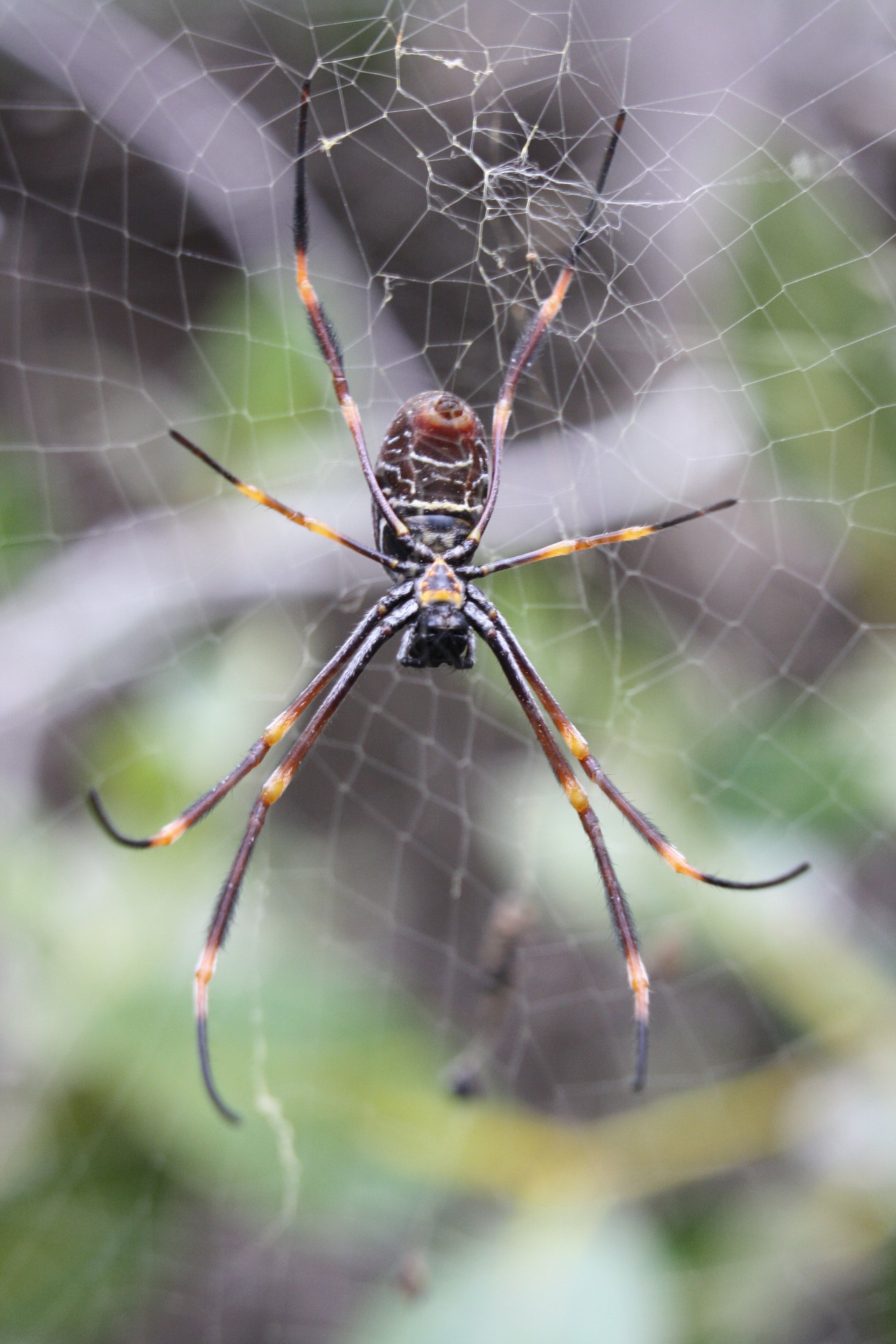 The hobo spider (Tegenaria agrestis) is a member of the group of spiders commonly known as funnel web spiders.  These spiders spin a funnel-like web then wait at the bottom for their prey.  The hobo spider is often confused with the brown recluse due to similar coloring and the fact that their bites can cause large amounts of tissue damage.

The hobo spider is brown in appearance with V shaped patterns on the underside of its abdomen.  Overall, the hobo spider has no distinct characteristics that can be seen without the aid of a magnifying glass or microscope.

It tends to stay around human habitation, specifically in unfinished basements, crawlspaces, in woodpiles, and in ornamental plants.  They deposit egg cases wrapped in silk in late September and October under rocks, wood, and other items found in yards.  Each sack may contain 100 eggs or more.  The spiderlings hatch in mid-June and will mainly remain under yard debris for the first year of life.  They sometimes over winter in homes.  By mid-July and August of their second year, they have reached maturation.  Adult male spiders will then begin hunting for mates, while the female build webs and remain stationary.  Once they mate, the males will die off and the females will begin egg case production.

Hobo spiders invade homes, mostly in crawlspaces and basements, but also in dark areas such as cabinets and closets.  Most human contact takes place during the late summer to early fall when the males are hunting for mates.  Although perceived as aggressive, most spider bites occur because it is defending itself.  Bites happen when they are trapped in clothing or shoes, or when humans venture too close to an egg sac a female is guarding.

The bite can cause dermal (skin) necropsy if venom is injected.  It should be looked at by a doctor immediately.

Preventing infestation is the easiest way to avoid contact.  Make sure all cracks and crevices are sealed.  Keep wood stacked away from the house.  Destroy webs when possible to disrupt their feeding sites, forcing them elsewhere.  If infestation is high, contact a pest control professional for assistance.