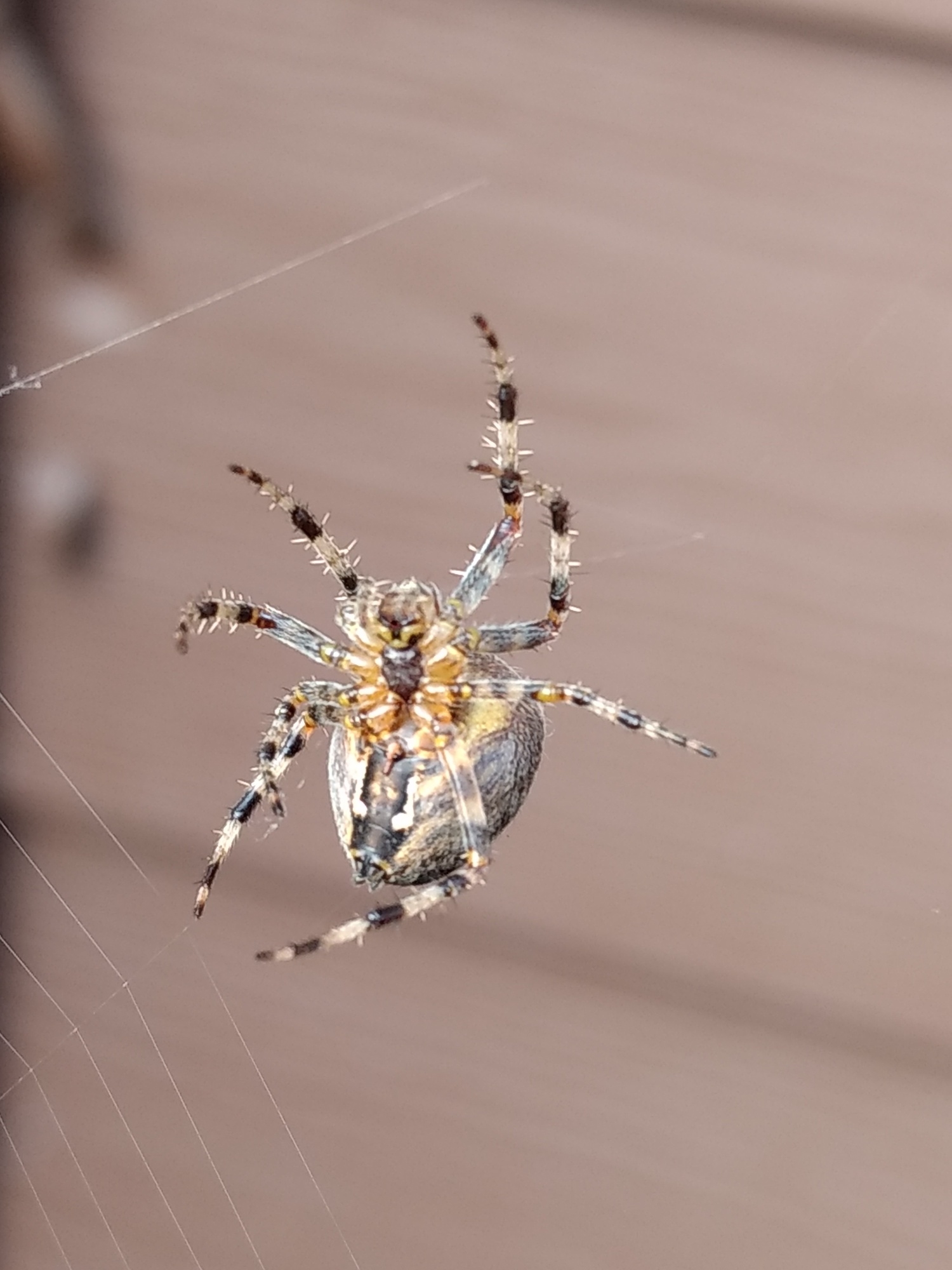 The oldest known true orb-weaver is Mesozygiella dunlopi, from the Lower Cretaceous period. Several fossils provide direct evidence that the three major orb weaving families, namely Araneidae, Tetragnathidae and Uloboridae, had evolved by this time, about 140 million years ago. They probably originated during the Jurassic (200 to 140 million years ago). Based on new molecular evidence in silk genes, all three families are very likely to have a common origin.

Orb-weavers have eight similar eyes, legs hairy or spiny and no stridulating (sound making) organs. The Araneidae family is cosmopolitan, including many well-known large or brightly colored garden spiders. There are 3,000 species in 170 genera worldwide, making Araneidae the third largest family of spiders known (behind Salticidae and Linyphiidae). The orb-weavers include over 10,000 species and make up about 25% of spider diversity.

Generally, orb-weaving spiders are three-clawed builders of flat webs with sticky spiral capture silk. The building of a web is an engineering feat, begun when the spider floats a line on the wind to another surface. The spider secures the line and then drops another line from the center, making a "Y”. The third claw is used to walk on the non-sticky part of the web. Characteristically, the prey insect that blunders into the sticky lines is stunned by a quick bite and then wrapped in silk.

Many orb-weavers build a new web each day. Generally, towards evening, the spider will consume the old web, rest for approximately an hour, and then spin a new web in the same general location. Thus, the webs of orb-weavers are generally free of the accumulation of detritus common to other species such as black widow spiders. One feature of the webs of some orb-weavers is the stabilimentum, a crisscross band of silk through the center of the web.

The band has been hypothesized to be a lure for prey, a marker to warn birds away from the web and a camouflage for the spider when it sits in the center of the web. However, recent research suggests that the stabilimentum actually decreases the visibility of the silk to insects; thus making it harder for prey to avoid the web. The silks used by orb-weaver spiders have exceptional mechanical properties to withstand the impact of flying prey.

Under most conditions outdoors, spiders are considered beneficial because they feed on insects. However, they are undesirable to most homeowners when indoors, and the unsightly webbing spiders use to catch insect prey usually outweighs this beneficial behavior.

Some spiders are associated with moisture and, therefore, are typically found in basements, crawlspaces and other damp parts of buildings. Others live in warm, dry places such as subfloor air vents, in upper corners of rooms, or in attics. Most species hide in cracks, darkened areas or other retreats that they construct of silk.

Thorough inspections are necessary to find all spider harborage, such as in landscaping, indoors or under the home, for later sanitation, removal or insecticide treatment. Space treatments of insecticides are often useful for cleanouts and for eliminating outdoor species that may be found indoors.

Long-term residual control of spiders is difficult to achieve. All areas where the spiders have been found should be treated, paying particular attention to dark corners. Dusts are especially useful for treating inaccessible void areas, crawlspaces and attics.